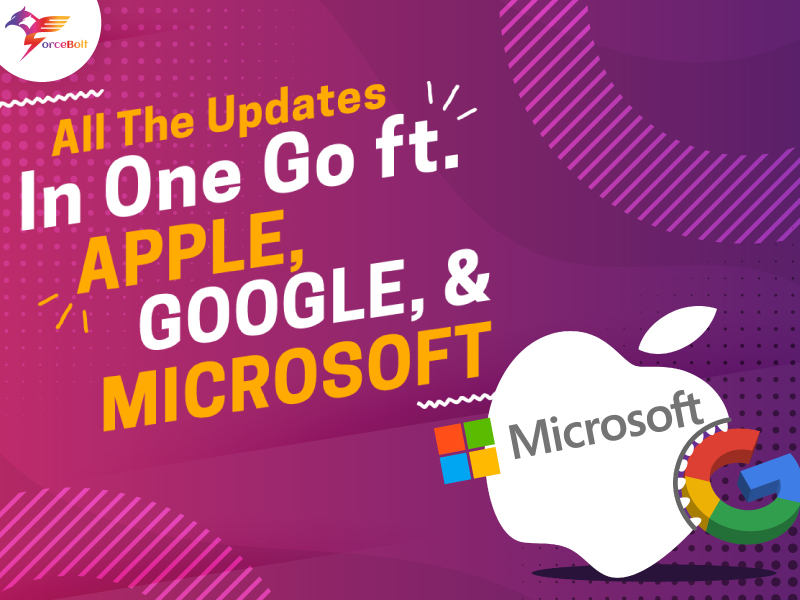 The technological world has evolved drastically this past year, and December is no different. A lot of new updates have become a part of the digital world and here is the list of all the updates that have happened in the world of applications in the month of December.

Let’s start with Apple. Apple iOS 15.2 is the second significant update to Apple’s iOS 15 operating system, which was launched in September.

Moving on, The recent App Privacy Report shows users which apps have accessed their private information, such as images, location, contacts, microphone, and camera. It also contains an Emergency SOS upgrade, the Apple Music Voice Plan, support for Legacy Contacts where people can access your Apple ID after you die, Hide My Email, Messages Communication Safety, and more.

Now, let’s move on to Google. For app widgets, Google has launched Jetpack Glance Alpha. The new framework, which is based on the Jetpack Compose runtime, is intended to create app widgets for the Android home screen and other surfaces more accessible and faster.

Also, an update for the Pixel 6 has been released by Google that includes camera and fingerprint sensor fixes.

Moreover, Google introduced “Notes from Google Play,” a new series that will offer essential insights and best practices to motivate app creators. The inaugural edition features Mohammed Kamara, a developer whose tailored healthcare software aims to make the world more inclusive and a better place for women of color.

Whereas, LinkedIn, a Microsoft-owned career networking site, has launched a new app in China just months after the regional edition of LinkedIn was shut down. InCareer is a new software that aims to help Chinese mainland professionals find work and corporations identify exceptional talent in China.

Apple Maps Is Updating Google And Waze Like Accident Reporting