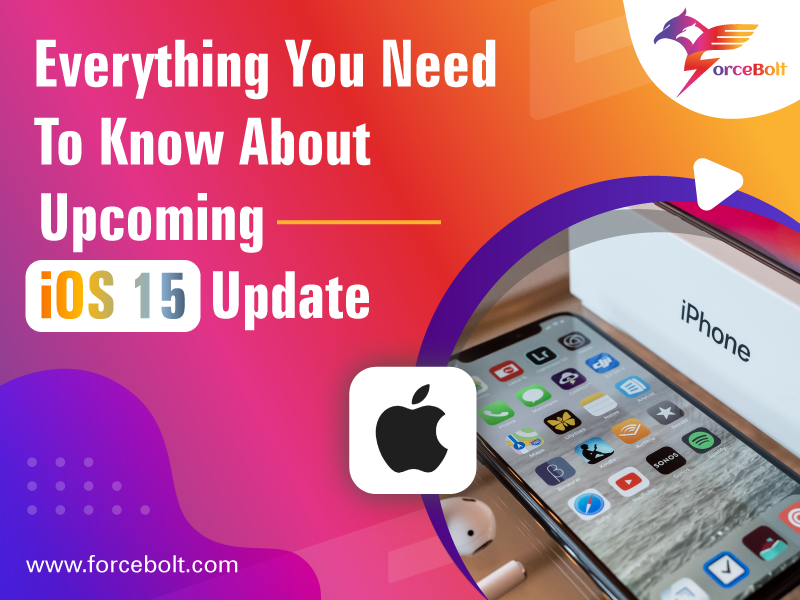 Apple is ready with its iOS 15 software update, which is coming next week. Apple announced the stable release date of iOS 15 at the iP Customize | Align | Deletehone 13 launch event. It was first shown off at WWDC 2021 in June and has been in beta since then. The new iPhone software update includes new privacy features, FaceTime calls on windows and android devices, a new focus feature, and more.

On September 20, iOS 15 will be available for all compatible iPhones. In addition, it will be offered a free update that can be downloaded and installed from your iPhone’s settings menu. Along with the newly launched iPhone 13, this update will be available on every iPhone device.

Here are the new features that will be added after the iOS 15 update:

New privacy features include Siri requests being processed directly on the iPhone, which improves responsiveness. In addition, mail Privacy Protection prevents senders from knowing if an email has been opened and detecting a recipient’s IP address. An App Privacy Report view shows how often apps use the permissions they’ve been granted.

With iOS 15, FaceTime gets a significant upgrade. FaceTime calls now have spatial audio and additional microphone modes that isolate the user’s speech from background noise. Portrait mode and a new grid layout for group FaceTime chats are also on the way. It will also enable SharePlay, allowing you to listen to music, watch TV shows, or watch movies with your friends.

The support for FaceTime calls on Android and Windows smartphones is the highlight. Anyone can now join FaceTime calls from their web browser by clicking on a link.

In iOS 15, notifications have been revamped to include contact photographs for people and larger app icons. In addition, a notification summary collects notifications in one place for distribution at a convenient time and organizes them by importance to reduce distraction.

The new focus feature in iOS 15 is targeted towards reducing distraction. Putting your iPhone in focus mode will filter notifications and apps based on your priorities. You can either construct your custom focus or choose from a list of suggested focus profiles. You may also create home screen pages with applications and widgets that only show relevant apps during moments of focus. When in focus mode in the Messages app, iOS 15 will additionally alter your status to alert others that you are temporarily unavailable.

Safari now has a whole new look. Controls are now easier to access with one hand, allowing users to focus more on a web page’s content. Users may now effortlessly slide between tabs thanks to a new, condensed tab bar that hovers at the bottom of the screen. Tab Groups enable users to keep tabs and access them from any device at any time. For the first time, there is also a customized start page and web extensions.

Live Text is a new tool that recognizes text in a photo and allows users to search for, highlight, and copy it using on-device intelligence. Spotlight now can search for images based on location, people, scenes, objects, and Text. Spotlight also has an online picture search feature for actors, musicians, TV shows, movies, and more detailed results. In addition, contacts with enhanced results can see recent discussions, shared photographs, and their location if they’ve shared it using Find My.

The Weather app has been upgraded to include more graphical weather data displays, dynamic layouts that alter based on weather conditions, and full-screen maps. In addition, new animated backgrounds can now more closely depict the sun’s position and current precipitation, and there are notifications to indicate when rain or snow begins and ends.

Memories has received a substantial makeover in the Photos app, with a new appearance and dynamic interface. In addition, memories now have an Apple Music connection, which uses on-device intelligence to suggest songs for tailored Memories.

In iOS 15, the Wallet app supports new vital types such as residences, offices, and hotel rooms. In addition, customers in participating US states will be able to add their driver’s license or state ID to the Wallet app later this year.

Through Digital keys, without pulling out their iPhone, iOS 15 will allow users to unlock and start cars using digital car keys. Digital keys stored in the Apple Wallet can also be used to open your house, business, or hotel accommodation.

There are also dozens of other upgrades available in the iOS 15 update, including user-created tags, an Activity view in the Notes app, Mentions, Trends, and a new sharing tab in the Health app. In addition, a New For All of You row in the TV app recommends providing a better entertainment experience, and A systemwide Shared with You feature for highlighting content shared in Messages conversations.