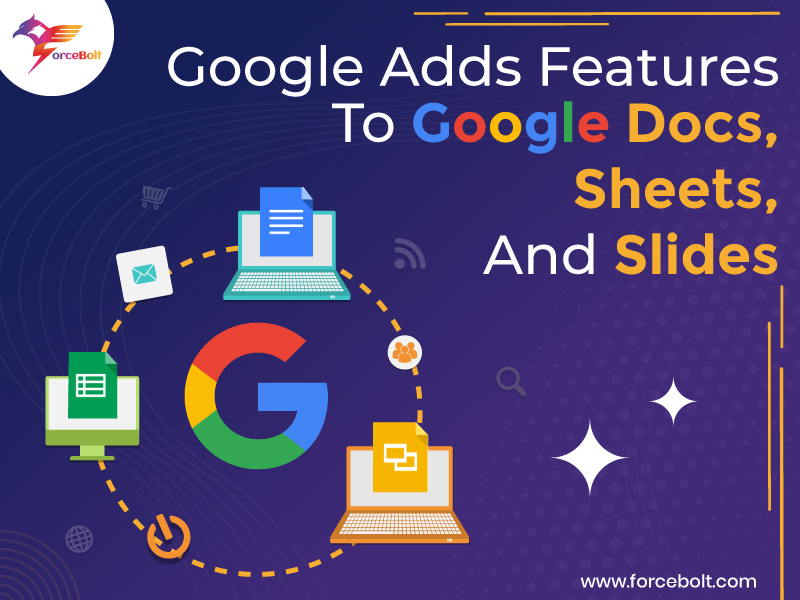 Erika Trautman, Director at Google Workspace, remarked, “In the fall, we’re bringing Meet directly to Docs, Sheets, and Slides on the web, so people can see and hear each other while they’re collaborating.”

The company will release new features between now and the end of the year that will make it easier for you to do your work and collaborate with your colleagues no matter where you are.

Smart Chips – The brand new smart chips will now show you additional information, such as Smart chips for Google Workspace. To insert smart chips, you need to simply type “@” to see a list of recommended people, files, and meetings.

Pageless Document  – Pageless docs feature will enable the users to remove the boundaries of a page and adjust the document to suit their computer screen. It allows you to erase the boundaries of a page in Docs to create a surface that extends to whatever computer or screen you’re using, making it easier to work with big screens, large pictures, and comprehensive input in comments. You can quickly go back to a paginated view if you want to print or convert it to PDF.

Language Suggestions And New Aided Writing Features – Google’s new assisted writing feature will provide more inclusive language suggestions. Other stylistic recommendations will be made, such as avoiding passive voice or offensive words. All of this will help you edit more quickly and improve the quality of your writing. The users will also able to use emojis to interact with one another

Meeting Notes Template In Google Docs – This new template will import all relevant details from a Calendar meeting invite along with smart chips for attendees, and attached files.

Connected Checklist Available On Docs – As of now, users have the ability to access checklists in Docs. Later on, they will be able to delegate checklist items to others and monitor their progress in Google Tasks, making it easier for all to keep track of a project’s To-Do list.

Table Templates Available In Docs – The company will be soon introducing table templates in Google Docs. Topic-voting tables will make it easier to collect team feedback, and with project-tracker tables, you can record statuses and milestones.

Direct Google Meet calls – Google users will now have the ability to present their content on Google Meet calls directly from a Doc, Sheet, or Slide. Afterward, they will be able to make a call directly from Docs, Sheets, and Slides. They can also now create and edit Docs, Sheets, and Slides with their colleagues while they’re in a Google Chat together.

Timeline View In Sheets – To better manage and communicate with your results, you’ll be able to move new views in Sheets. The timeline view will be the first release, and it will make task tracking easier and faster. You can arrange your data by the owner, category, campaign, or any other attribute you like.

Assisted Analysis Functionality In Sheets – Google is adding formula suggestions to make it easier for everyone to derive insights from data. Sheets intelligence will help the user to build and troubleshoot formulas to make data analysis faster and reduce errors.

WhatsApp To Roll Out Design Updates For Android App