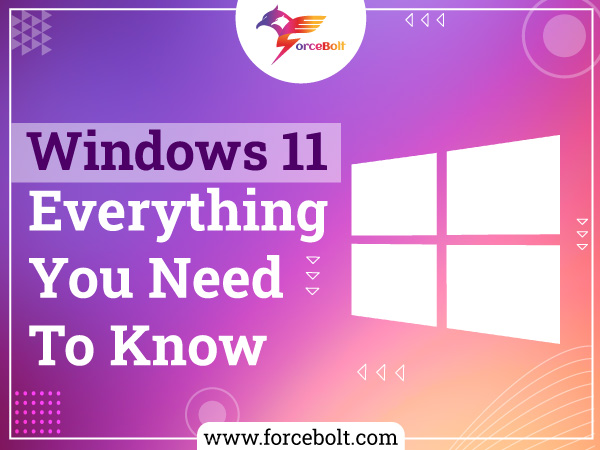 Microsoft Windows 11 will be made generally available on 24 June. Satya Nadella, the CEO of Microsoft, at a developer conference in May, Chief Executive Officer of Microsoft has already shared a glimpse of what users can expect in the next version of windows. As per the latest announcements, the new Windows will be modernized both in terms of aesthetics and functionality.

Microsoft plans to introduce significant UI changes to Windows, under wraps of the codename ‘Sun Valley.’ Just like every window update,  The software tech giant will introduce a new Windows logo for the operating system.

Minor changes have already been taken place as the company has begun updating the iconography in the current operating system. Various icons were being carried on from editions as early as Windows 95.

The company will also fix some fundamentals, including rearranging apps issues on multiple monitors and better support for Bluetooth audio. Microsoft is also working on its native app store to make more inclusions regarding titles and payment options. The inclusion of more apps will also incentivize developers to continue working with the operating system.

Microsoft is also expected to make it easier for developers to keep them engaged with the operating system with the latest window version. During the Build conference, Satya Nadella stated, “soon, we will share one of the most significant Windows updates of the past decade to unlock greater economic opportunity for developers and creators.”

Furthermore, the new Windows update will bring a lot of features to the table of users. The latest version will enable users to separate Windows Edge tabs from app windows in regular assist view. Also, “snap assist” will remember which app is snapped where that results in helping people using large displays and multiple monitor setups.

The latest Windows version will offer a revised brand-new store for the users with a revamped UI. The developers will now have the ability to submit unpackaged Win32 apps to the store. Also, developers can now host apps on their own content delivery network(CDN) and use third-party commerce platforms in apps.

This innovation clearly defines that various apps unavailable on the Windows store like the Adobe Suite, Chrome, Firefox, etc., might be seen in the latest Windows Update.