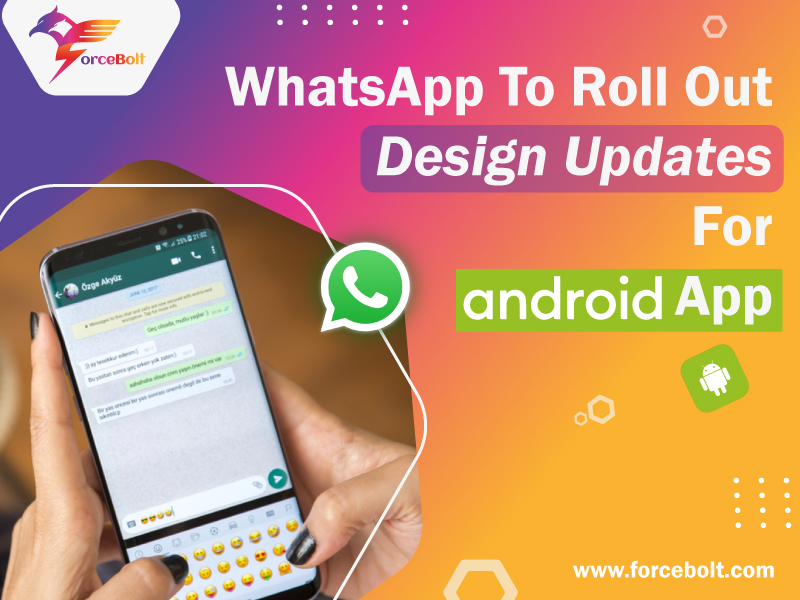 The tech giant WhatsApp is planning to roll out some of the aesthetic changes for the Android App. According to WABetaInfo, WhatsApp has been testing a few design modifications in the beta version of the Android app, which are reflected in the app’s chat list.

As per the report, WhatsApp has also removed line separators between conversation cells on its chat list. This defines that the initial screen of your app displays the most recent talks you’ve had with contacts and groups.

According to WaBetaInfo, the line separators will be hidden in the Archive area as well. When you launch the app and visit the Chats or Calls section, you’ll likely be able to view line separators. Line separators are not available in the WhatsApp app’s Contacts section. So you may go to this section and see what your talks would look like if they weren’t interrupted by lines.

WABetaInfo reported that it is not a redesign of the WhatsApp app. Instead, the update refers to a minor UI modification for the popular messaging platform because the only difference is that the separator lines on the messaging app have been removed.

The company is rolling out the changes to more beta users, and it will also be available to users who use the web versions of WhatsApp or the stable version of the Google Play Store. According to the WABetaInfo article, the function has already been enabled in the Android beta version and will be available to end-users soon.

Moreover, WhatsApp is also working on changing the color pattern of notifications. The company has recently changed the notification shade to blue. Nevertheless, this color scheme doesn’t look fine with the dark theme. As per the WaBetaInfo reports, the beta testers were facing issues while reading text, so the Facebook-owned company has switched to the original color scheme.

WhatsApp is also adding a sticker search bar. This functionality is already available for Android beta users (Version 2.21.12.1), and it is now being rolled out to iOS beta testers. This update will make it simple for you to find any sticker you want.